he best way to keep the doctor and hospital you like is to become a diligent Health Care Detective:

Start by Asking Detailed Questions About the Health Plan’s Provider Network. Don’t rely on the plan’s fine-print summary; figure it was written by company lawyers to protect the insurer, not the customers. Read it, of course. But also call the insurance company and get an informed staffer on the line; if the call center staffer you reach is fumbling for scripts and reading them word for word, hang up, and phone again—or politely insist on speaking to a supervisor.

Look Ahead. Once you’re talking to a smart-sounding staffer, ask that person to walk you through exactly which doctors, specialists, and hospitals are included in the plan network for the coming year.Are your favorite doctors and hospital in your plan’s network? Even if they are, ask whether there will be limits on approved-doctor visits, as well as rehab treatments, or other therapies. And make sure each of your prescriptions is on the plan’s approved list, called the formulary.

Don’t Take a Staffer’s Word for It. Get It in Writing. Ask for the important details in writing, either through the mail or online. Unfortunately, talk is cheap. Misinformation is expensive.

But as I learned, getting quotes in writing can be difficult. When I first tried to find out what my $571-a-day Revlimid would cost me, a young staffer at CVS/Caremark named Rebecca finally assured me that my cost would be a manageable $60 a month. She said she and her supervisor were “absolutely sure.”

Then I asked the key question, though I suspected that what I was about to request was against company policy. I asked her whether she would put the quote in writing. To my surprise, she immediately said yes. Minutes later, she sent me an email confirming the $60 quote.

A couple of weeks later, I started worrying that CVS/Caremark might have fired Rebecca for putting the quote in writing, despite the fact that it was the correct price. I called Rebecca’s number repeatedly but couldn’t reach her. Finally, she answered.

I said, “Are you okay? I was afraid you might have been fired for putting the sixty-dollar quote in writing.”

And, as I suspected, she confirmed that she had indeed made a mistake and been reprimanded.

“Oh, everything is fine,” she said. “It was a mistake on my part to put anything in writing. My supervisor told me it was a learning experience for me.”

In other words, if you want to continue to work for CVS/Caremark, don’t ever again put a quote in writing for a customer.

Still, remember, I got the quote and got it in writing by asking for it. And you should be able to do that, too. Be insistent.

Finally, If You Insist on Focusing on Low Premiums, Watch Out for What You Are Surrendering. Be particularly careful if you’re getting an incredibly low premium. If you’re not giving the insurer much money each month, the company needs to withhold something from you to reduce its costs and make its target profit of 5 percent or more. What the company is excluding, such as limiting substance abuse support sessions, might not be important to you. No harm, no foul. On the other hand, the company might be taking away your doctor or hospital. Could you live without him or her? Or the esteemed teaching hospital fifteen minutes away? You might have to decide if that’s worth a low monthly premium. 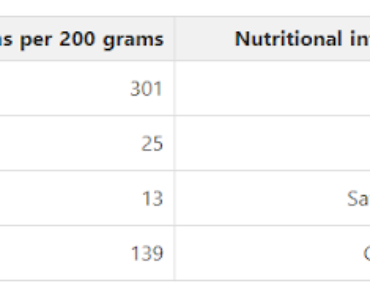